Skip to content
May 30, 2019May 30, 2019 jpetesd
Yesterday’s 23 miles involved 58,181 steps and 327 floors climbed according to my iPhone Health app. No wonder I was so tired!
Today was much better. No rain and even saw the sun later in the day.
They have been doing some heavy deforestation along the last 10 miles yesterday and first 5 today. I don’t like it, but I don’t have a say.  Below is an example of how many of the hills have been stripped.

In talking to a few people who have walked here before, other upcoming areas of Spain are more welcoming of pilgrims than the Basque region.  Farmers will give you something to drink or some bread (trail magic). Well, I found some Basque trail magic today. Chairs…with a back!  Not quite as euphoric as on AT but I sat for a minute anyway.

It was a very relaxing walk today after yesterday’s forced march.  The terrain was relatively easy and I just sauntered.

I generally try to not stop and sit early in the day as it is hard to get these old muscles moving again.  Today I ran into some other pilgrims at a nice little bar/cafe. I had met a couple of them yesterday so I stopped.

Norbert (France) stayed at same alburque as I last night. Anna (Czech Republic) hiked the same 23 miles as I yesterday. She is a very good, and experienced, hiker. Albert (Switzerland) I met for first time. They had coffee of some sort, I had a coke and we passed around a small water bottle Anna had that contained homemade apple schnapps. Camino moonshine!

They all spoke at least 3 languages. Thankfully English is one of them. Makes me feel a bit stupid.
One funny thing is when I tell Europeans my name is Pete. 100% say “Oh, Peter”. I say “No, Just Pete”. It’s pretty funny to me, anyway.
Below is what the hillsides are supposed to look like. Said by the American who can’t even speak the language!

Albert had some great pics of the upcoming areas as he has hike that portion of Camino del Norte before. We’ve got some exciting coastal views coming up.
We’re starting to head back towards the coast now. About 25 miles away. You can catch a glimpse of the ocean in next pic. Center of pic, just above trees. If you can’t see it, use your imagination! 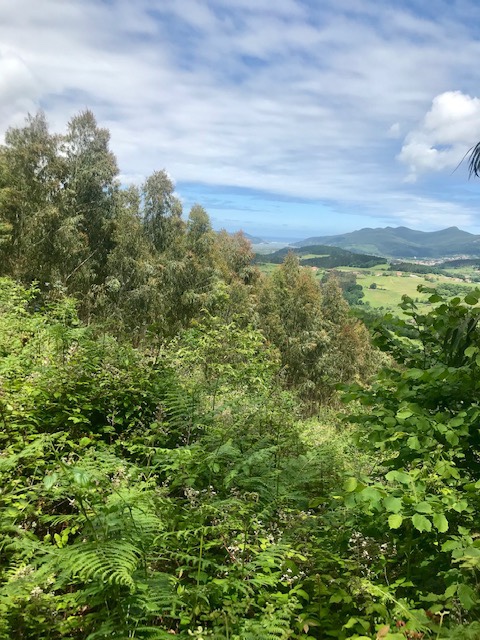 Everything is so green and lush. Must be something to do with constant clouds and rain!! 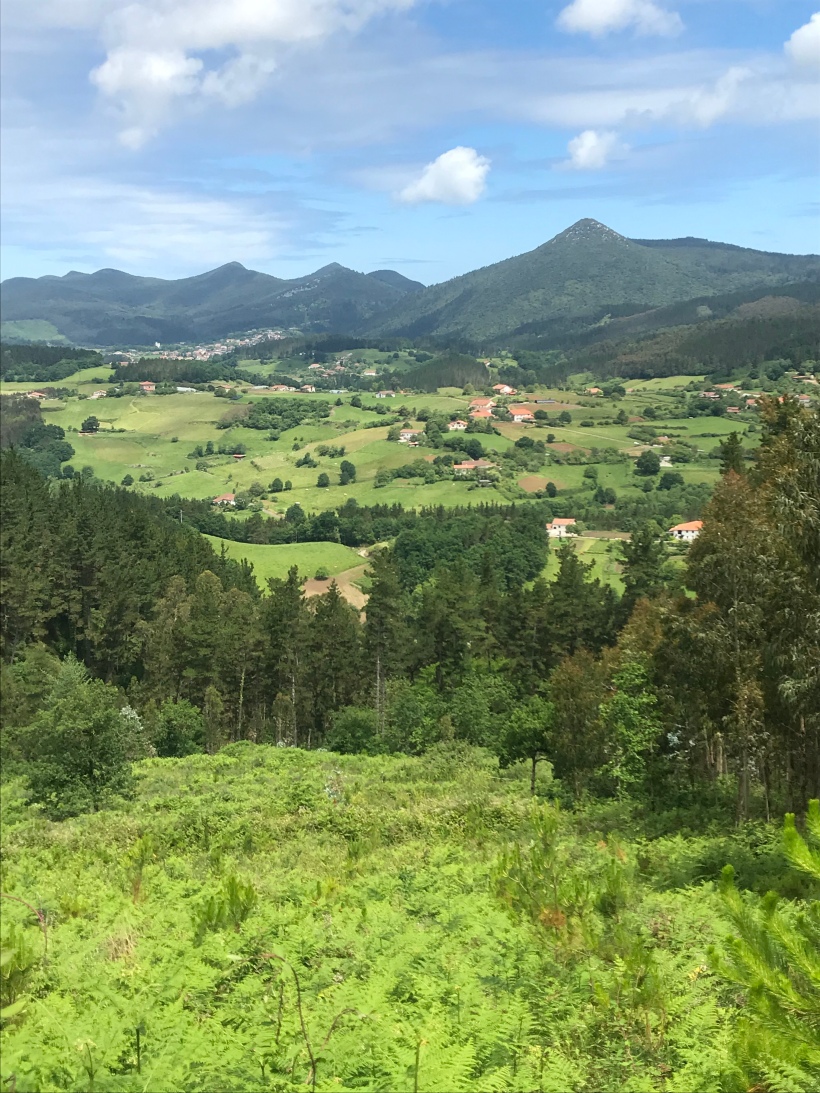 Made it into Gernika in early afternoon. Got a room in a 2 star hotel and took a nap.
Gernika has a lot of interesting history. There was a large massacre here in 1936 during a civil war. Picasso was commissioned to commemorate the event with a massive painting. It is considered one of his most important works of art and now hangs at a museum in Madrid. That is my simplistic version of events. If you want more details, Google it.
Supposed to be sunny and warm for next 3 days. I’m going to head for the beach.
Happy trails and buen Camino!

This is a text widget, which allows you to add text or HTML to your sidebar. You can use them to display text, links, images, HTML, or a combination of these. Edit them in the Widget section of the Customizer.
Loading Comments...
%d bloggers like this: