Happy Fathers Day to all of you dads…especially mine!  Hope you have a great day.

Got a late start today. Watched a bit of US Open last night/this AM. I can get live coverage on my phone but leaders tee off after 11PM here.

Today was pretty ugly scenery for the most part. I was warned about this long stretch of industrial vistas…and they were right!

Began with 2-3 miles of urban/retail walk out of Gijon. Straight out this street past retail stores of every type. This was one time I was glad Kris isn’t with me. We’d still be there…and my pack would be 10 lbs heavier but she would have gotten some great deals!!

After getting out of Gijon the Camino climbed up to a mesa-like area. Flat and nice hiking. This was a multi-use area. Can’t tell from pic but that horse was moving.

From there it was down into a valley. Lots of grassland that they will hay and some larger areas of tilled land.

Not sure what they do with all the hay. Cows, sheep, and horses seem to have plenty to eat in their pastures.

The next 8 miles was terrible. Road walking next to factories (most of them abandoned and falling apart) and burnt shells of buildings. I didn’t take a single picture. Too gross and I was walking as fast as I could.

Finally got out of that crap and reached the town of Aviles. It was a nice afternoon and I could have been talked into stopping for a beer in the plaza but only 3 more miles to the smaller surf town of Salinas. 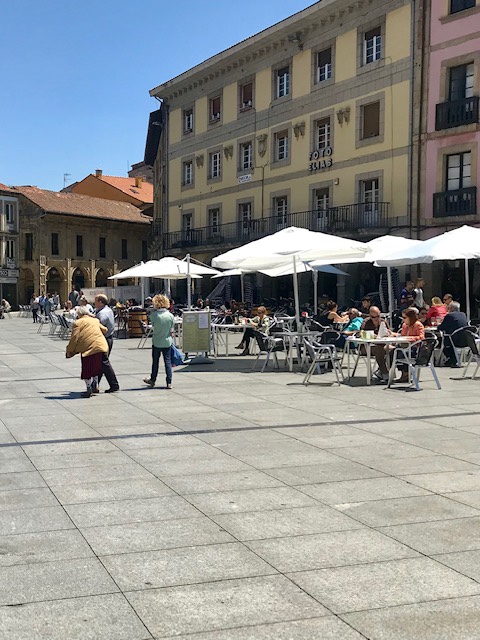 Today’s “Hola” smile is from a stop for a coke before I got to Salinas. I must have looked pretty bad because he was initially laughing at (not with) me. We conversed through a waitress who translated for us. He reminded me of a South Dakota farmer. He gave me a big (look at size of his hands) handshake and a buen Camino as I left.

This is the view of Salinas before descending into town.

Salinas has a few nice restaurants along the malecon (thanks, Von!). It seems a bit more upscale than some of the other surf towns I’ve stopped in. 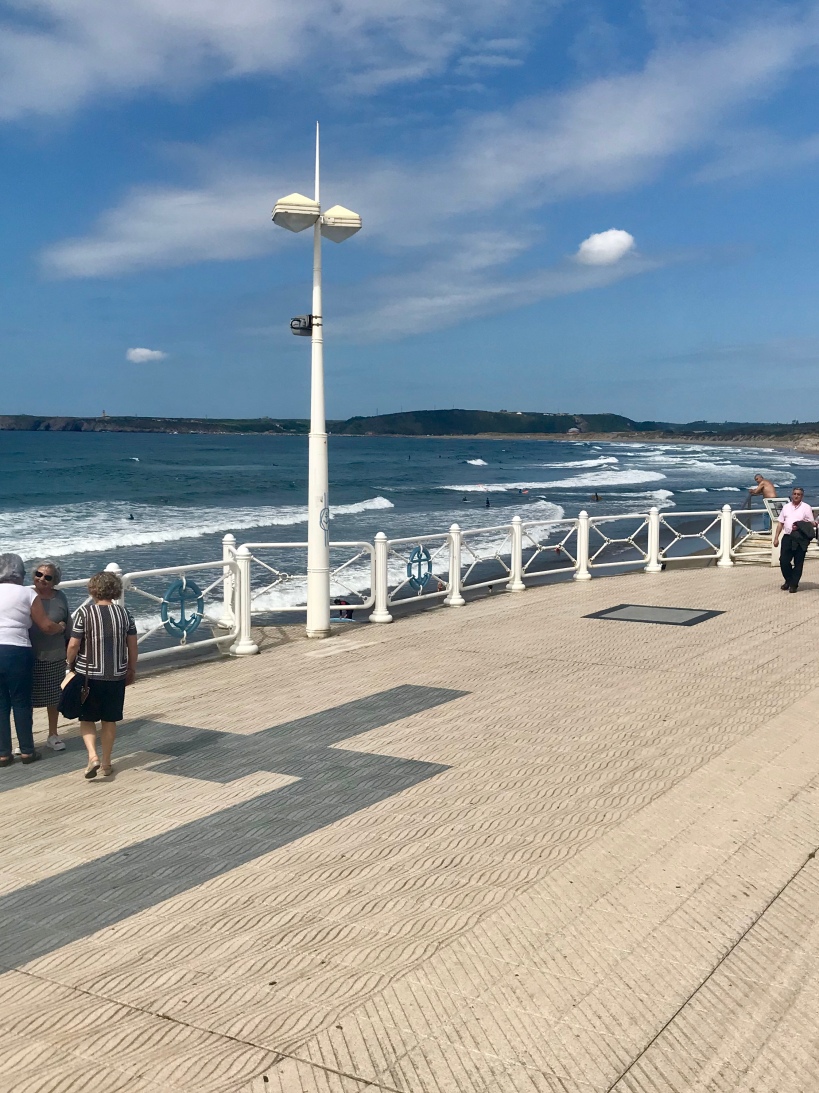 This is my abode for the evening. My room is that upper right portal. If you zoom in, you can see that the portal is open. I was pretty certain that I would not be able to figure out how to close it but I surprised myself. Go, me!

This restaurants having their kitchens closed from 4-8PM is a pain in my butt. I got to town at 4. Was hungry and not going to sit around until 8.

Went to the supermarket and got my own dinner. Bon appetit!

This is a text widget, which allows you to add text or HTML to your sidebar. You can use them to display text, links, images, HTML, or a combination of these. Edit them in the Widget section of the Customizer.
Loading Comments...
%d bloggers like this: